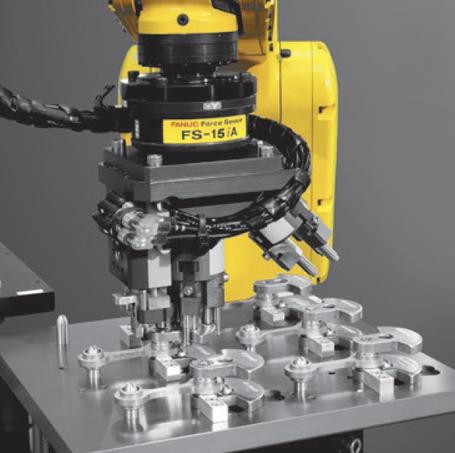 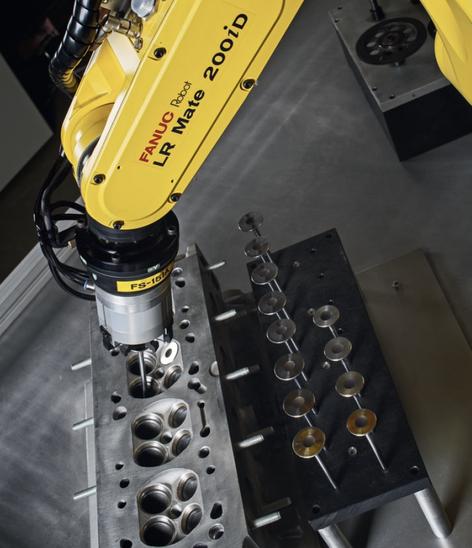 Assemble gearboxes and other mechanical devices using coordinated robots to hold the base unit and phase match cogs and bearings. 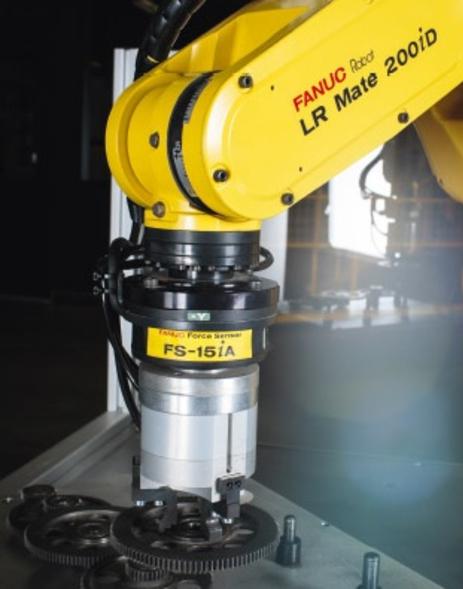 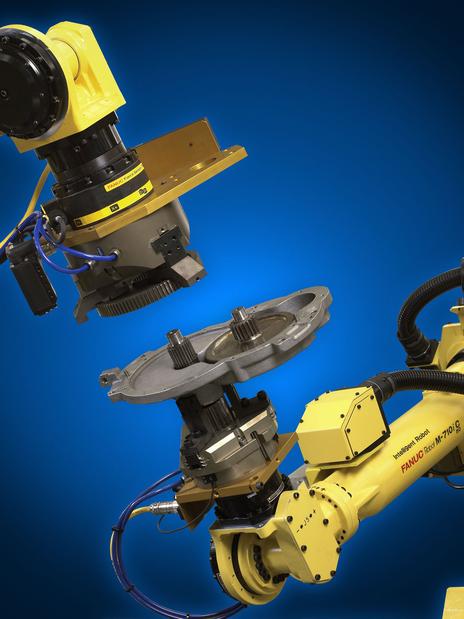 Inspect holes or shafts using a limit gauge attached to the robot’s end effector or utilize the force sensor to measure the mass, weight and center of gravity calculation 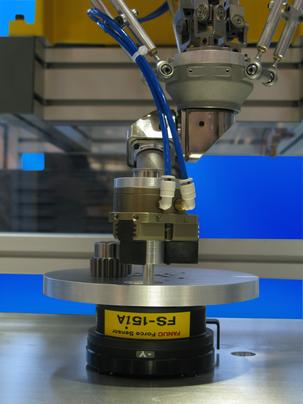 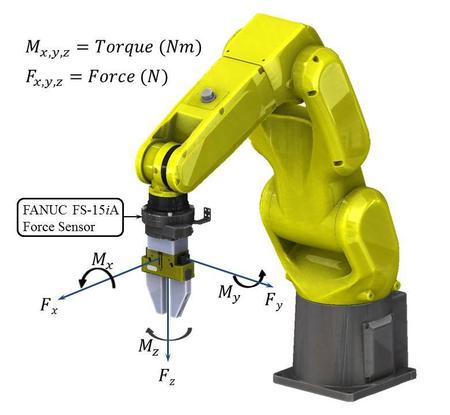 FANUC’s range of force sensors opens up a whole new realm of possibilities for intelligent automation solutions. Robots equipped with force sensors provide feedback control enabling them to detect force and torque applied from an external source to the end effector in 6 degrees of freedom. With precision, robots fitted with this technology can perform assembly, contouring and measuring tasks across a vast number of industries. Four different sensor sizes are suitable for 6-axis robots to support payload classes up to 250 kg. Force sensors control velocity and force when objects are fit, aligned, buffed, trimmed, or assembled improving product quality and process integrity. Tolerances can be defined, measured and tested for a consistent and repeatable environment since precision assembly can be performed to within an accuracy of 2%. 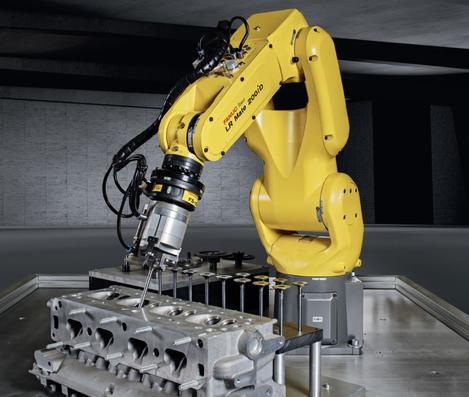 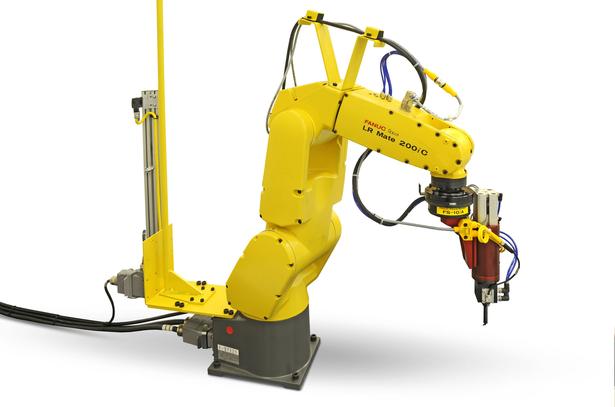 Deburr and grind parts precisely by compensating for dimensional deviations in castings and ensuring the tool remains on the contour despite changes to the effective path. Using the Constant Push Algorithm FANUC force sensor software allows for a soft push of a workpiece at a single point, such as for the arrangement of components along a guide. Polish parts by measuring the force applied and controlling the robot’s motion path in real time to keep the tool pressing with constant force to the part. Contouring Function traces the surface of a workpiece while applying a constant force. Used with a tool such as a grinder, this function can perform polishing and grinding. In general, if the workpiece to be machined is heavy or large, the workpiece is secured onto a table and a grinder is attached to the robot. If the workpiece to be machined is small compared with a tool, the tool is secured onto a table, and the robot holds the workpiece. 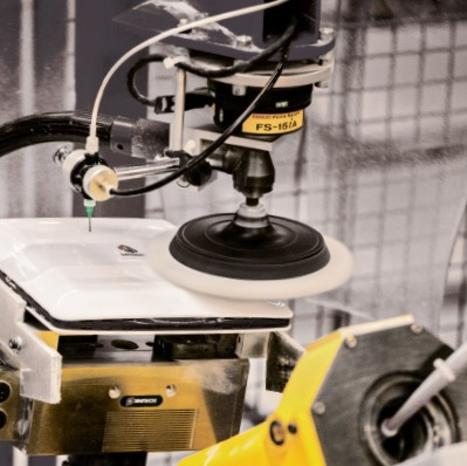